We believe in one God, eternally existing in three equally divine Persons: the Father, Son, and Holy Spirit. This one true God is infinitely perfect in both His love and holiness. He is the immortal and eternal Creator of all things, both visible and invisible. He sovereignly rules over all things, and is providentially at work redeeming and restoring His fallen creation. He is worthy to receive all glory and adoration.

God has graciously revealed His existence and power in created order, and in the Person of His Son, the incarnate Word. God is a speaking God who, by His Spirit, has graciously disclosed Himself in human words through Scripture, the sixty-six books of the Old and New Testaments, which are both a record and means of His saving work in the world. These writings alone are the verbally inspired Word of God, which is authoritative and without error in the original writings, complete in its revelation of His will for salvation, sufficient for all that God requires us to believe, and final in its authority over every domain of knowledge to which it speaks. In summary, all of Scripture is the inspired, infallible, and inerrant Word of God.

We believe God created human beings, male and female, in His own image. Adam and Eve belonged to the created order that God declared to be “very good.” Both male and female were created equal in worth and value, and have equal access to God through faith in Jesus Christ. Because we were created in His image, we believe that human life is sacred from conception to its natural end and that we must honor the physical, social, and spiritual needs of all people. Following Christ’s example, we believe that every person should be treated with love, dignity, and respect.

We believe that all men everywhere are lost and face the judgment of God. We believe that Adam, made in the image of God, distorted that image and forfeited his original blessedness—for himself and for all who came after him—by falling into sin through Satan’s temptation. Now, all human beings are alienated from God, corrupted in every aspect of their being (physically, mentally, volitionally, emotionally, spiritually) and condemned finally and irrevocably to death—apart from God’s own gracious intervention. The supreme need of all human beings is to be reconciled to the God under whose just and holy wrath we stand; the only hope of all human beings is the undeserved love of this same God, who alone can rescue us and restore us to Himself through the work of Jesus Christ on the cross.

We believe that the eternal Son became human: the Word became flesh, fully God and fully human being, one Person in two natures. The man Jesus, the promised Messiah of Israel, was conceived through the Holy Spirit, and was born of the virgin Mary. He perfectly obeyed His heavenly Father, lived a sinless life, performed miraculous signs, was crucified under Pontius Pilate, arose bodily from the dead on the third day, and ascended into Heaven. He is seated at the right hand of God and is our High Priest and righteous Advocate.

We believe that by His incarnation, life, death, resurrection, and ascension, Jesus Christ acted as our representative and substitute. He did this so that in Him we might become the righteousness of God: on the cross He canceled sin, propitiated God, and, by bearing the full penalty of our sins, reconciled to God all those who believe. By His resurrection Christ Jesus was vindicated by His Father, broke the power of death and defeated Satan who once had power over it, and brought everlasting life to all His people; by His ascension He has been forever exalted as Lord and has prepared a place for us to be with Him. We believe that salvation is found in no one else, for there is no other name given under Heaven by which we must be saved. Because God chose the lowly things of this world, the despised things, the things that are not, to nullify the things that are, no human being can ever boast before Him—Christ Jesus has become for us wisdom from God—that is, our righteousness, holiness, and redemption.

We believe that Christ, by His obedience and death, fully discharged the debt of all those who are justified. By His sacrifice, He bore in our stead the punishment due us for our sins, making a proper, real, and full satisfaction to God’s justice on our behalf. By His perfect obedience He satisfied the just demands of God on our behalf, since by faith alone that perfect obedience is credited to all who trust in Christ alone for their acceptance with God. Since Christ was given by the Father for us, and His obedience and punishment were accepted in place of our own, freely and not for anything in us, this justification is solely of free grace, in order that both the exact justice and the rich grace of God might be glorified in the justification of sinners. We believe that a zeal for personal and public obedience flows from this free justification.

We believe that salvation, attested in all Scripture and secured by Jesus Christ, is applied to His people by the Holy Spirit. Sent by the Father and the Son, the Holy Spirit glorifies the Lord Jesus Christ, and is present with and in believers. He convicts the world of sin, righteousness, and judgment, and by His powerful and mysterious work regenerates spiritually dead sinners. We believe in the present ministry of the Holy Spirit by whose indwelling the Christian is enabled to live a godly life. In Him they are baptized into union with the Lord Jesus, such that they are justified before God by grace alone through faith alone in Jesus Christ alone.

By the Spirit’s agency, believers are renewed, sanctified, and adopted into God’s family. The Holy Spirit is Himself the down payment of the promised inheritance, and in this age indwells, guides, instructs, equips, revives, and empowers believers for Christlike living and service.

THE CHURCH AND ITS GREAT COMMISSION

We believe that God’s new covenant people have been saved into the Church, His bride. This universal Church is manifest in local churches of which Christ is the only Head; thus each “local church” is, in fact, the Church, the household of God, the assembly of the living God, and the pillar and foundation of the truth. The Church is the body of Christ, the apple of His eye, graven on His hands, and He has pledged Himself to her forever. The Church is distinguished by her gospel message, her sacred ordinances, her discipline, her great mission, and, above all, by her love for God, and by her members’ love for one another and for the world. This gospel we cherish has both personal and corporate dimensions, neither of which may properly be overlooked. Christ Jesus is our peace: He has not only brought about peace with God, but also peace between alienated peoples. His purpose was to create in Himself one new humanity, thus making peace, and in one body to reconcile all people to God through the cross, by which He put to death their hostility. The Church serves as a sign of God’s kingdom when its members live for the service of one another and their neighbors, rather than for self-focus. The Church is the corporate dwelling place of God’s Spirit, and the continuing witness to God in the world. We believe it is the mandate of the whole church to go into the world and preach the gospel to every person.

We believe in the personal, glorious, and bodily return of our Lord Jesus Christ when He will exercise His role as final Judge, and His kingdom will be consummated. We believe in the bodily resurrection of both the just and the unjust—the unjust to judgment and eternal conscious punishment in Hell, as our Lord Himself taught, and the just to eternal blessedness in the presence of Him who sits on the throne and of the Lamb, in the new Heaven and the new Earth, the home of righteousness. On that day, the Church will be presented faultless before God by the obedience, suffering, and triumph of Christ, all sin purged and its wretched effects forever banished. God will be all in all and His people will be in the presence of His holiness, and everything will be to the praise of His glorious grace. 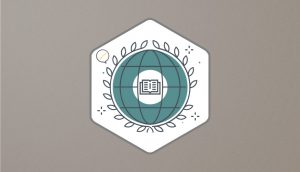 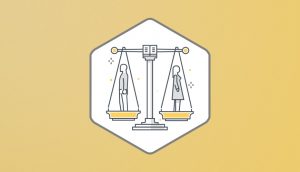 Using the Law in Evangelism 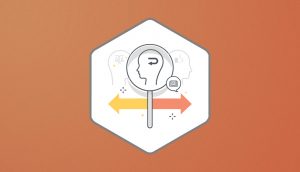